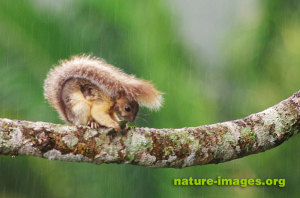 Variegated squirrel using his tail as rain cover while having lunch

Sciurus variegatoides dorsalis is a sub species of the Variegated squirrel and its found in the region of Central America from Southern Mexico to Panama. There are 15 sub species of the Sciurus variegatoides dorsalis in these regions. They eat mostly fruits, seeds , nuts and even flowers from some trees. The attached image was taken in Panama and shows the squirrel eating from one of its favorite trees. 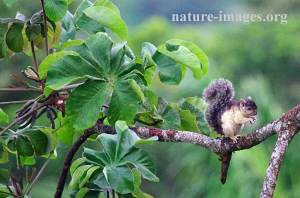