Cicada – Image taken in Panamas Rain Forest – From Wikipedia: A cicada is an insect of the order Hemiptera, suborder Auchenorrhyncha, in the superfamily Cicadoidea, with large eyes wide apart on the head and usually transparent, well-veined wings. There are about 2,500 species of cicada around the world, and many remain unclassified. Cicadas live in temperate to tropical climates where they are among the most widely recognized of all insects, mainly due to their large size and remarkable acoustic talents. Cicadas are sometimes colloquially called “locusts”, although they are unrelated to true locusts, which are a kind of grasshopper. They are also known as “jar flies”. Cicadas are related to leafhoppers and spittlebugs. 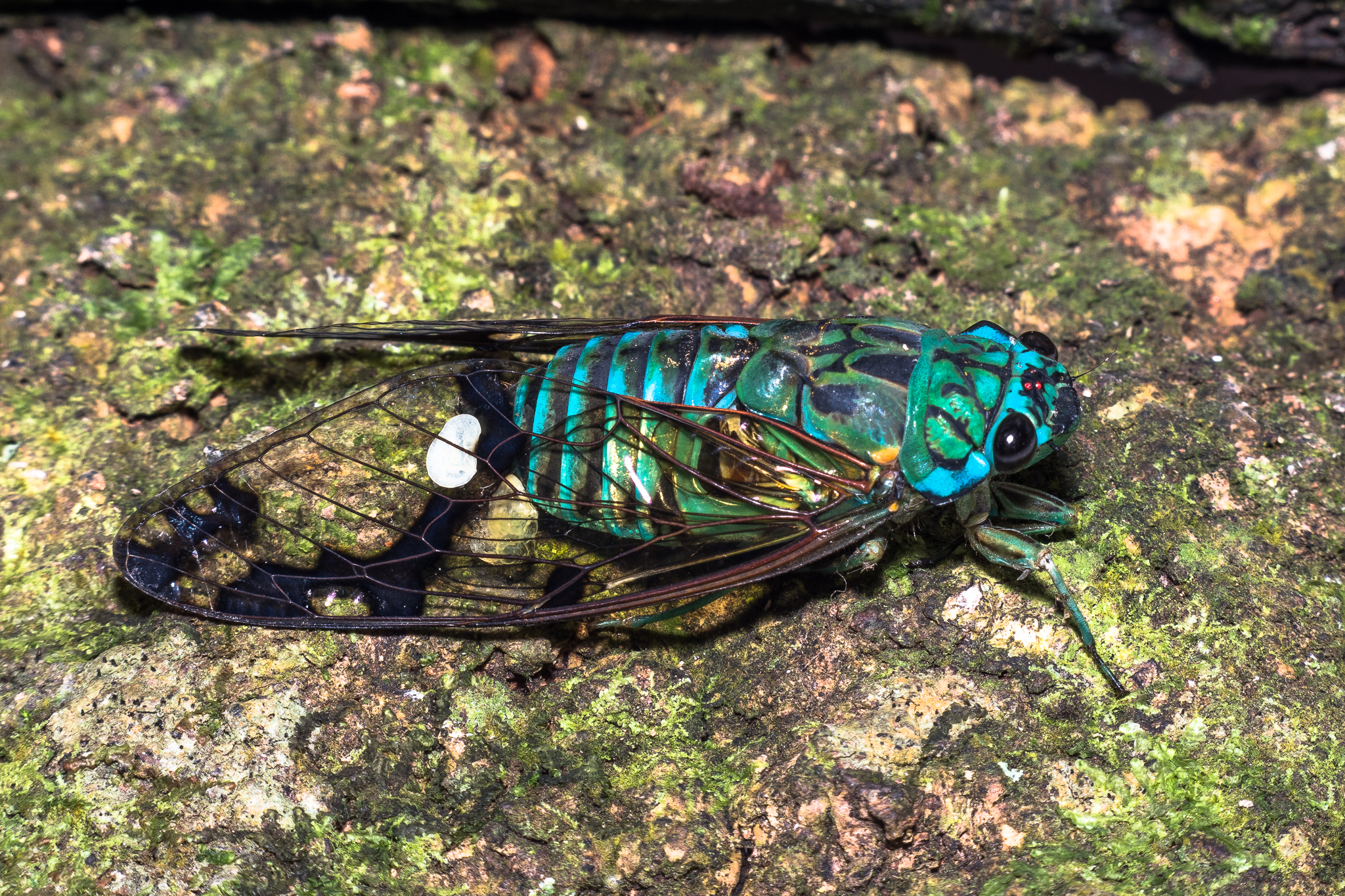 Male cicadas have loud noisemakers called “timbals” on the sides of the abdominal base. Their “singing” is not the stridulation (where two structures are rubbed against one another) of many other familiar sound-producing insects like crickets: the timbals are regions of the exoskeleton that are modified to form a complex membrane with thin, membranous portions and thickened “ribs”. Contracting the internal timbal muscles produces a clicking sound as the timbals buckle inwards. As these muscles relax, the timbals return to their original position producing another click. The interior of the male abdomen is substantially hollow to amplify the resonance of the sound. A cicada rapidly vibrates these membranes, and enlarged chambers derived from the tracheae make its body serve as a resonance chamber, greatly amplifying the sound. They modulate their noise by wiggling their abdomens toward and away from the tree that they are on. Additionally, each species has its own distinctive song. 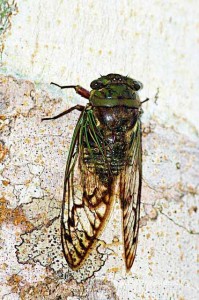 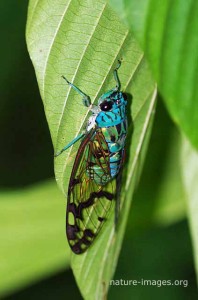