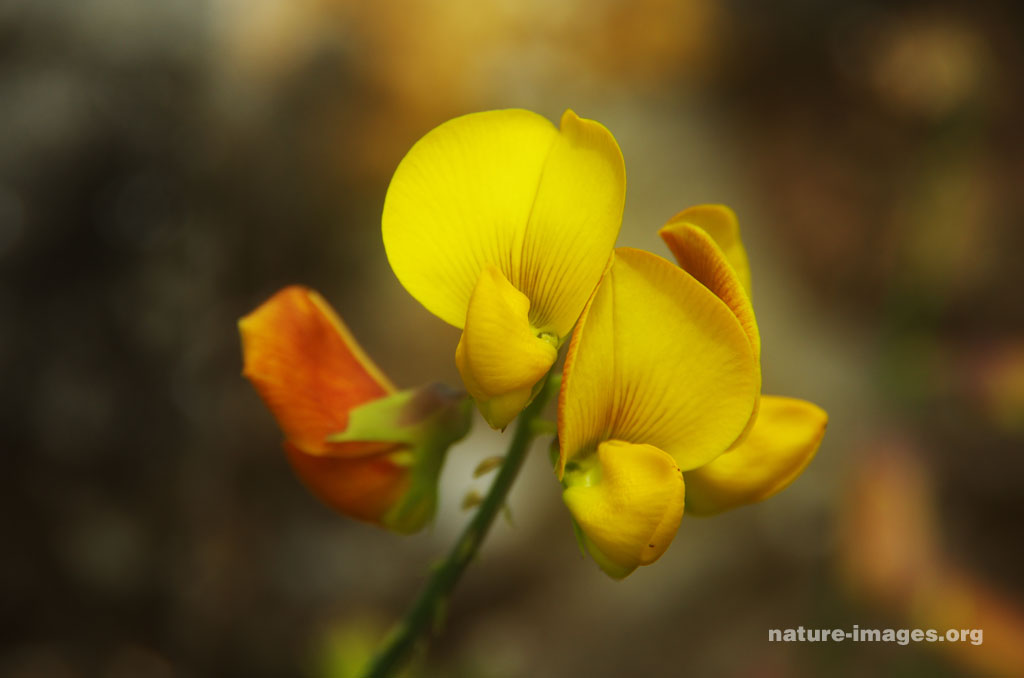 Crotalaria is a genus of herbaceous plants and woody shrubs in the Family Fabaceae (Subfamily Faboideae) commonly known as rattlepods. The Crotalaria genus includes about 500 species of herbs and shrubs. Africa is the continent with a majority of Crotalaria species (approximately 400 species). Crotalaria are mainly found in damp grassland, especially in floodplains, depressions and along edges of swamps and rivers, but also in deciduous bush land, roadsides and fields. Some species of Crotalaria are grown as ornamentals. The common name rattlepod or rattlebox is derived from the fact that the seeds become loose in the pod as they mature, and rattle when the pod is shaken (see image of dry brown pods below). 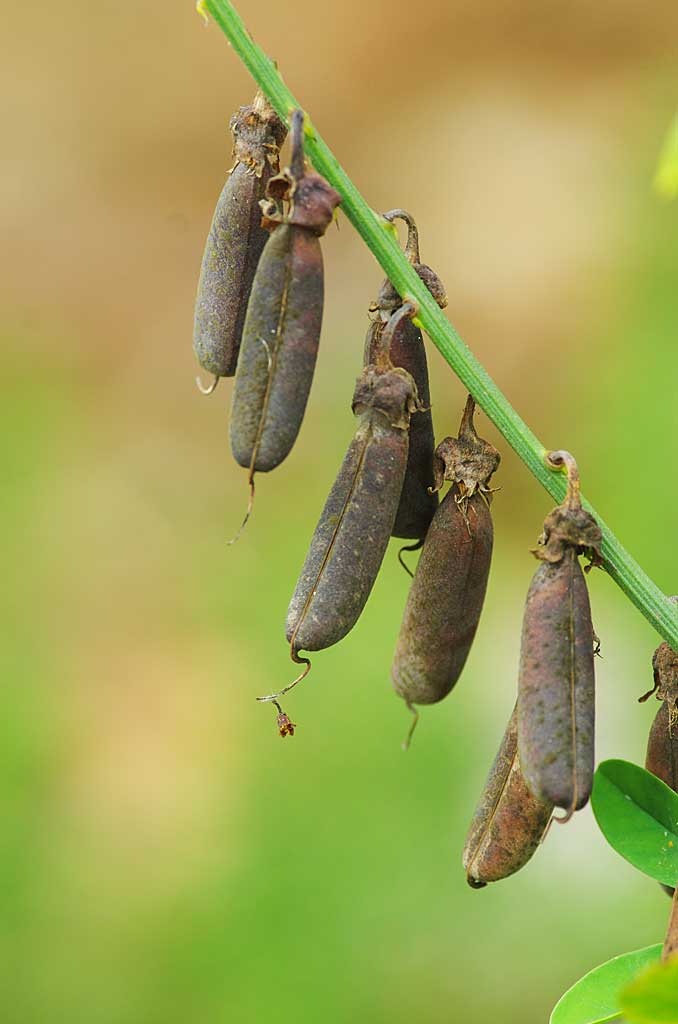 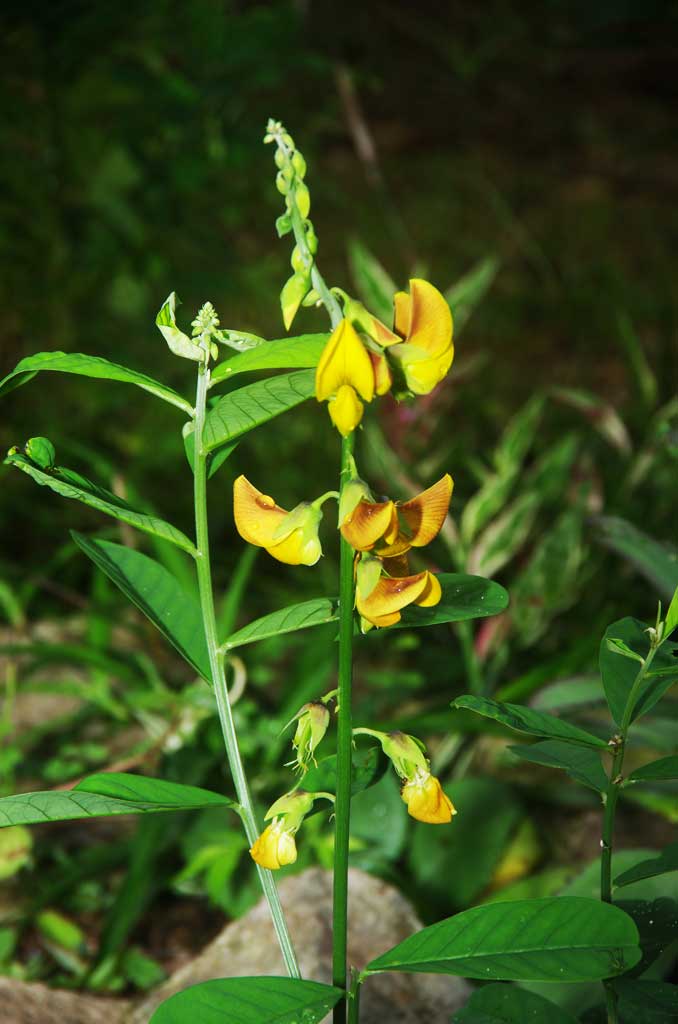