From Wikipedia: Oriole snake (Spilotes pullatus), commonly known as the caninana, chicken snake, yellow rat snake, or serpiente tigre, is a species of large nonvenomous colubrid snake endemic to Mesoamerica. It tends to inhabit forested areas, and is often found near water, it is mainly arboreal, but also terrestrial. It feeds on a wide variety of prey, including small mammals, birds, and lizards. The attached image was taken in Panama. 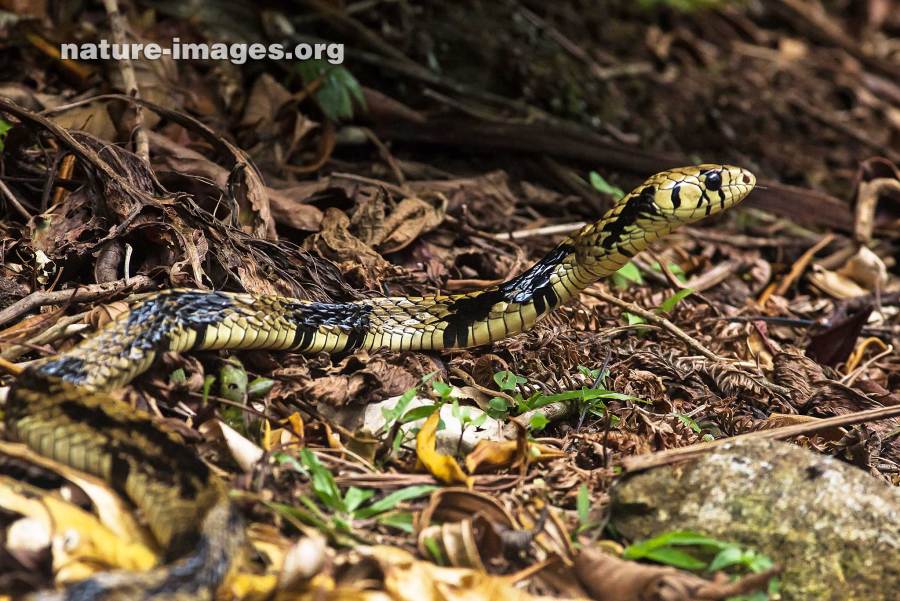