Asian or Asiatic elephant (Elephas maximus) lives in Southeast Asia from India in the west to Borneo in the east. In general, the Asian elephant is smaller than the African elephant and has the highest body point on the head. The back is convex or level. The ears are small with dorsal borders folded laterally. 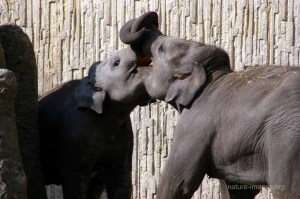 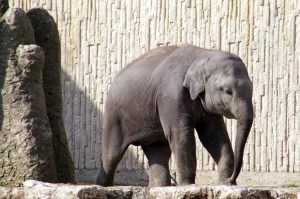 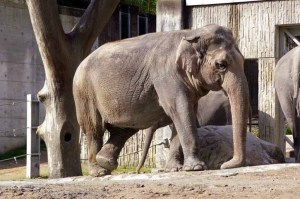 Asian elephant photo taken at the Zoo in Zurich