Found this saddleback caterpillar on the underside of a palm leaf here in Altos del Maria, Panama, aldo they say they are native to the US, maybe he did not like the election outcome and migrated who knows 😉

From Wikipedia: The saddleback caterpillar, Acharia stimulea (formerly Sibene stimulea), is the larva of a species of moth native to eastern North America. The species belongs to the family of slug caterpillars, Limacodidae.
The caterpillar is primarily green with brown at either end and a prominent white-ringed brown dot in the center which resembles a saddle. It has a pair of fleshy horns at either end. These and most of the rest of the body bear urticating hairs that secrete an irritating venom. Contact with the hairs causes a painful, swollen rash and sometimes nausea in humans. 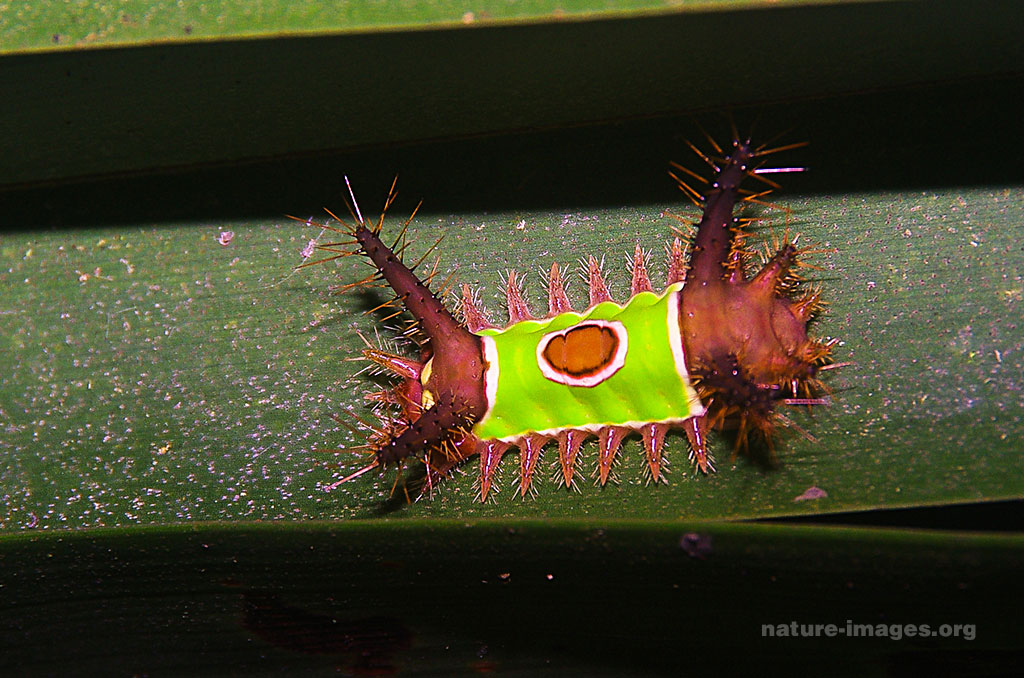