The keel-billed toucan, also known as the sulfur-breasted toucan, or rainbow billed toucan is one of the most recognizable birds in the world due to its large and colorful bill. Native to Central and South America, these birds are a popular attraction for bird watchers and nature enthusiasts alike. In this comprehensive guide, we will delve into the fascinating world of the keel-billed toucan, exploring its physical characteristics, behavior, habitat, and much more.

The keel-billed toucan is a large bird, reaching lengths of up to 24 inches and weighing up to two pounds. Its most striking feature is its large bill, which can measure up to 7 inches in length and is brightly colored in hues of yellow, green, red, and blue. The bill is not just for show, however – it is an essential tool for the toucan, used for reaching into crevices to extract food and also used in courtship displays.

The toucan’s body is covered in glossy black feathers, with a distinctive yellow or orange patch on its chest and throat. Its feet are also black and have two toes facing forward and two toes facing backward, allowing the toucan to grip branches with ease. 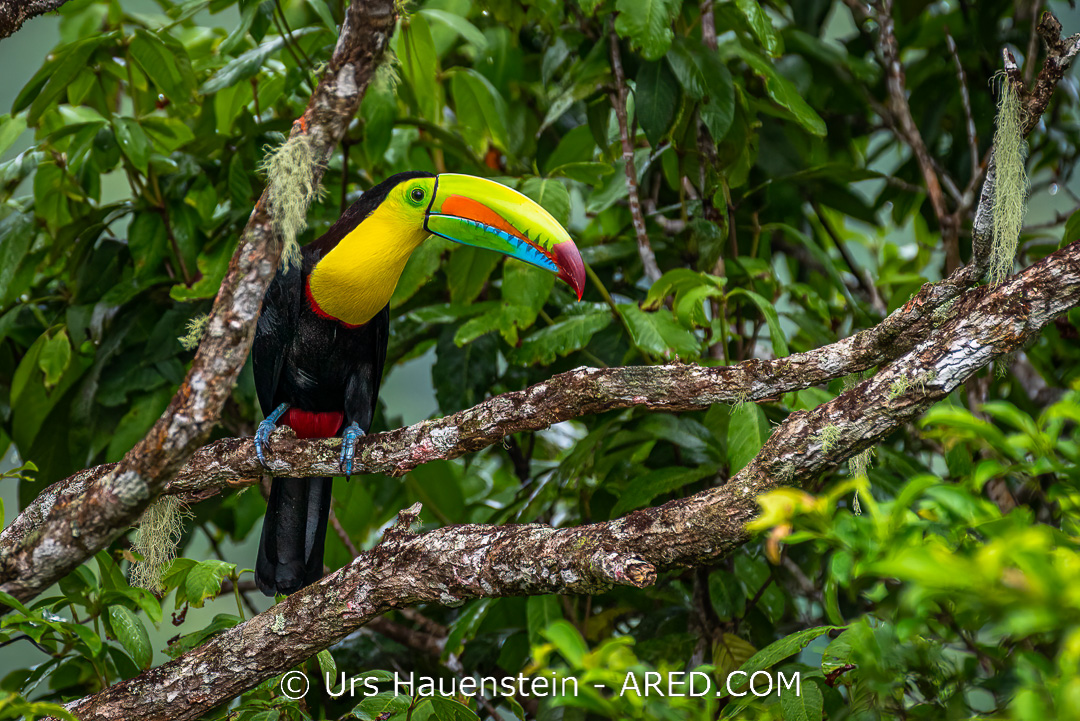 Keel-billed toucans are social birds, often found in flocks of up to a dozen individuals. They are active during the day and spend much of their time foraging for food in the trees. When not foraging, toucans will often perch in a conspicuous location, such as the top of a tree, to keep an eye out for predators and potential mates.

Toucans communicate with a variety of sounds, including vocalizations, bill clacking, and body language. They will also use their bills in aggressive displays, such as when establishing dominance in a flock or during courtship. 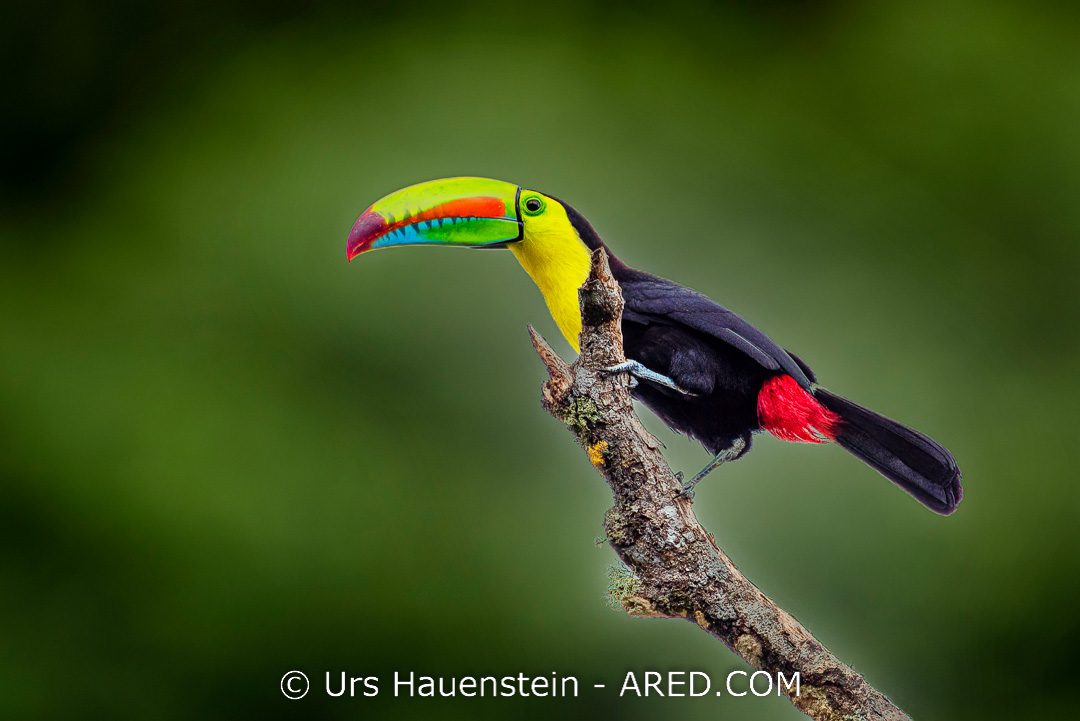 Keel-billed toucans are found throughout Central and South America, from Mexico to Bolivia. They are arboreal birds, meaning they live and forage in the trees, and can be found in a variety of habitats, including lowland forests, cloud forests, and mangrove swamps.

The toucan’s diet consists mainly of fruit, although they will also feed on insects, eggs, and small animals. They are able to reach into narrow crevices to extract food, thanks to their large bill. Toucans will often forage in flocks, taking turns reaching into a crevice to extract food. 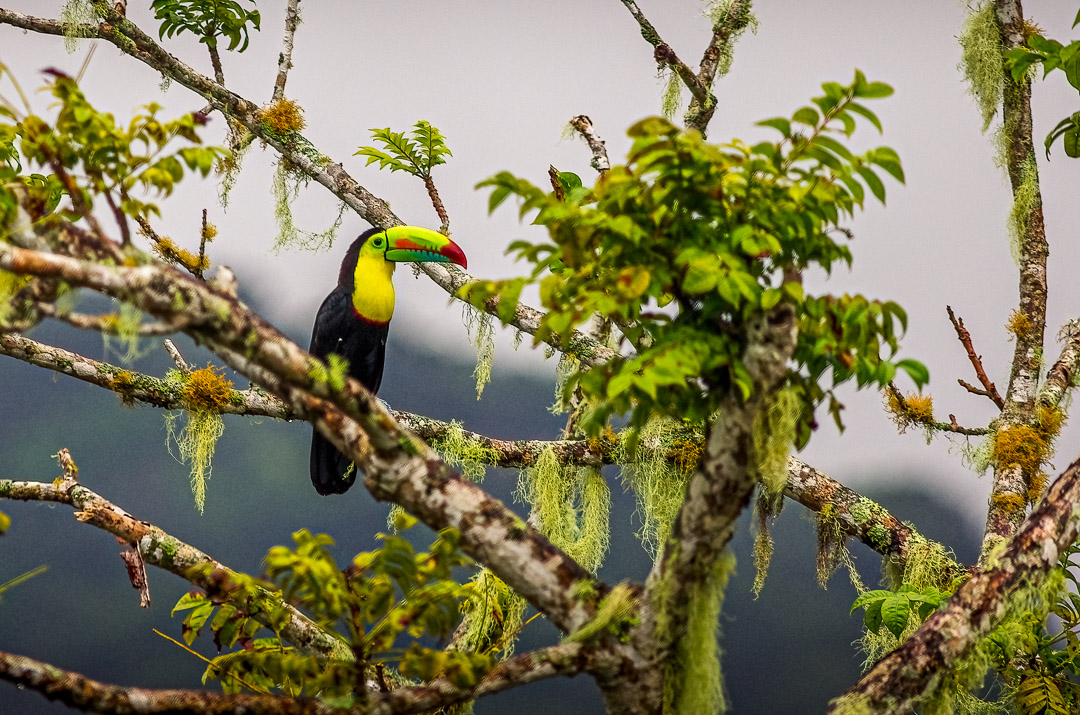 Keel-billed toucans are monogamous birds, forming long-term pair bonds with a single mate. During the breeding season, the male will perform elaborate courtship displays, using his bill and vocalizations to attract a mate.

The keel-billed toucan is not currently considered threatened or endangered, but habitat loss and hunting for the pet trade are potential threats to their populations. Conservation efforts, such as habitat protection and regulation of the pet trade, are important to ensure the continued survival of this magnificent bird.